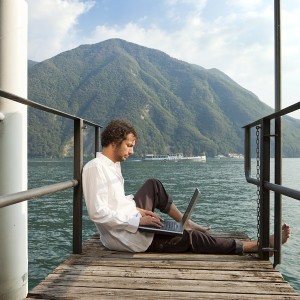 The demand for hotel/resort accommodations are up, average rates and occupancy are on the rise and supply appears to be well absorbed. Interest rates remain down and capital can be obtained for the right hotel/resort projects.

For the hotel/resort industry, 2015 looks like the healthiest time in nearly a decade Traveling more seems to be on everyone’s list of New Year’s resolutions and a survey taken by American Express – North America Travel Counselors shows that 86% of travel counselors say their customers are spending more or the same on travel in 2015 compared to last year. While it’s hard to measure exactly how promising travel will be this year, certain factors make 2015 look favorable for hoteliers and developers. The chief source of optimism is derived from the economic growth seen over the past few years in the U.S. which has enabled high levels of travel and hotel/resort demand. With things looking up for the hotel/resort and travel industry, identifying important travel trends is a key factor in getting ahead this year. The following gives a glance at which travel trends in 2015 will be hot and which will not.

WHAT’S HOT
Travel to Europe
Many travelers will be planning a trip to Europe in 2015 because of stabilized or even lower airfare prices after several years of sky-high prices to this continent. The possible price drop is due to new or revitalized airlines such as Norwegian Air Shuttle and Aeroflot turning up the heat on competition and, because, when it comes to European airlines, there are more of them.

Competition is the flier’s best friend. Domestic flights within the U.S. are projected to raise by 2.5% according to a recent survey by the Global Business Travel Association. This may also play a role in the increase of travel to Europe. European vacations may cost less as well. The euro and the pound have weakened slightly against the dollar. That hotel room that was pegged at 200 euros last December would have cost an American $274. This year? $248. And that 200-pound room? $326 last year, $312 this year.

Hotel Acquisitions
Consolidation amongst major hotel companies will be one of the key trends of 2015 as large groups seek to grow their business or risk being taken over themselves. According to Hospitality Valuation Services (HVS) now is the time to develop, acquire, or invest in hotels as economic prospects are encouraging with demand for hotel rooms on the rise and many parts of Europe having the capacity for more rooms. As conditions in Europe’s hotel markets continue to improve, values are increasing and are projected to continue to do so for the next few years. While the major cities of London, Paris, Rome and Amsterdam remain prime investment locations, hotel investors are also looking at cities such as Barcelona, Hamburg, and Munich, which HVS has highlighted as development ‘hot-spots’. These cities are expected to see an increase in both business and leisure demand and where real estate investors are likely to see a bigger return. Cities to be avoided for new hotel development currently include Athens, Budapest, Kiev, Vienna and Warsaw.

New Hotel Technology
Hotel technology is advancing every year and the moving trend for 2015 is technology that makes hotel stays run as smoothly as possible. With innovations like mobile check-in and checkout, keycard-less entry, and in-room iPads for room service, hotels are finding new ways to reduce hassles. Hilton is the latest major brand to announce keyless rooms in 2015. With all this embracing of technology, is it only a matter of time before universal free Wi-Fi is a hotel standard. The Mira Cube Hotel in Hong Kong, slated to open in January 2015, is a prime example of advanced hotel technology. The 50-room boutique hotel offers free wired and Wi-Fi access as well as handy smartphones – a clone of the in-room phone – with free international calls to 10 destinations (including US, Canada, China, Japan, Korea) and unlimited 3G data connectivity on the go in the city. This was a service successfully pioneered in Asia Pacific by The Mira Hong Kong in 2013. The handy smartphones also come with useful pre-loaded apps including news services, a currency converter, MTR maps, a host of social media applications and the ability to download freely from the Google Play store.

Wellness Travel
A plethora of hotels are embracing wellness travel in 2015. However, this theme will not be restricted to elaborate Spas, instead hotels are infusing wellness all throughout the property. For example, the Las Vegas MGM Grand has dedicated an entire floor to wellness with its Stay Well suites which include air purification to reduce allergens, toxins, smoke and microbes from the air; healthy energizing lighting designed to reduce jet lag and regulate circadian rhythm; and vitamin C-infused water in showers to neutralize chlorine, keeping skin and hair soft and smooth. The Westin and the Four Seasons Hotel Group have also made wellness a top priority by introducing programs aimed at reducing travel stress and increasing well-being with custom programs that offer everything from juice bars and healthy menu options to providing optimal sleeping conditions and work spaces.

Another element of this trend taking shape will be hotel rooms that include such things as exercise equipment and space to practice yoga. Many hotels will adopt wellness friendly practices such as replacing carpet with wood floors, creating light therapy offerings, and adding air purification systems.

WHAT’S NOT
Frequent Flyer Miles
For nearly 35 years, if you flew on a flight of 1,000 miles, you got a minimum of 1,000 frequent flyer miles, no matter what fare you paid. However, that is all changing. Accumulating frequent flyer miles won’t be as easy to do anymore, at least that will be the case on some major airlines. United and Delta will base award points on how much you spend for an airline ticket, not on how far you fly. Southwest has already adopted this revenue based model. If you’re a price-sensitive flier, you won’t reap rewards for your loyalty the way a traveler who spends more for his/her ticket will.

Long Vacations
A recent study commissioned by Expedia found that approximately one-third of Americans have never taken a vacation that lasted longer than one week. Slightly more than seven out of 10 respondents say they’ve never vacationed more than 14 days in a row. Indeed, an earlier survey noted that Americans use only 10 of the 14 vacation days allotted them every year. This is most likely due to the fact that many American’s believe it is frowned upon to take their full vacation time. Additionally, the United States is the only developed economy that doesn’t guarantee its workers a paid vacation. Most of its peer nations promise about 20 days off a year, according to a report by Rebecca Ray, Milla Sanes, and John Schmitt of the Center for Economic and Policy Research.

Visiting the Same Tried-and-True Destinations
In 2015 travelers will be more focused on visiting new destinations and creating memorable experiences. A recent survey taken by American Express – North America Travel Counselors shows that 37% of travel counselors cite ‘eager to take trips and spend money on memorable experiences’ as the best description of their typical customer’s attitude toward travel. While, ‘wanting to get away and will visit the same tried-and-true destinations’ pulled in a mere 7%.