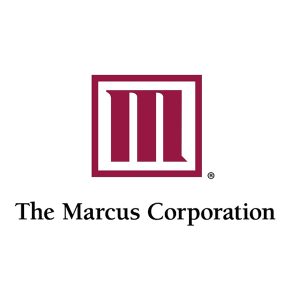 “We are pleased by the strong start to the year, with record revenues that represented the highest revenues in any quarter in our history. Our net earnings were also a record and benefited from a lower income tax rate as part of the tax reform legislation signed into law in December 2017,” said Gregory S. Marcus, president and chief executive officer of The Marcus Corporation. “Revenues for Marcus Theatres were up slightly over last year’s strong first quarter to set another new all-time record, with the division continuing to outperform the industry. Marcus Hotels & Resorts also reported record revenues for the quarter, despite the traditionally slower winter season, and also outperformed its respective competitive set in its markets.”

Revenues for Marcus Theatres were up 0.8% over the first quarter of 2017. Operating income for the quarter was the second highest on record, down 3.0% from the first quarter of 2017, which broke all prior quarterly records. Although operating income declined slightly due to a weaker film slate compared to last year, the division outperformed the change in the national box office revenues compared to the same corresponding weeks in the prior year, according to Rentrak. “Marcus Theatres’ record revenues for the quarter were achieved despite multiple screens being out of service for renovations,” said Marcus.

“Our performance this quarter was driven in part by our Marcus Wehrenberg locations, which continued to positively contribute to our results. Our marketing, sales, loyalty and operational initiatives are now firmly rooted in each of the 14 Marcus Wehrenberg locations and we are seeing the benefits of our investments in bringing our signature features and amenities to a number of these theatres,” said Rolando B. Rodriguez, chairman, president and chief executive officer of Marcus Theatres.

“We added DreamLoungerSM recliner seating and select food and beverage concepts to our eighth Marcus Wehrenberg location in the first quarter. Five additional conversions at legacy and Marcus Wehrenberg locations are planned for the second and third quarters of the year. The renovations, combined with our promotional and marketing initiatives, elevate the moviegoing experience for our guests and are driving increased attendance at our remodeled theatres,” said Rodriguez.

The five top-performing films for Marcus Theatres in the first quarter of fiscal 2018 were Black Panther; Jumanji: Welcome to the Jungle; Star Wars: The Last Jedi; The Greatest Showman; and Fifty Shades Freed.

“The second quarter is already off to a strong start, thanks to the continued success of Black Panther and new films such as A Quiet Place and Rampage. Excitement is building for tomorrow’s kickoff to the busy summer season, which includes highly anticipated movies such as Avengers: Infinity War; Deadpool 2; Solo: A Star Wars Story; Ocean’s 8; Incredibles 2; and Jurassic World: Fallen Kingdom,” said Rodriguez.

Marcus Hotels & Resorts’ revenue per available room (RevPAR) for comparable company-owned properties decreased 2.4% in the first quarter; however, the division outperformed the competitive set in its markets.

“The first quarter is traditionally Marcus Hotel & Resorts’ weakest quarter due to the typically slow winter season in our Midwestern markets. Despite that, total revenues increased 3.4% and operating losses improved in the quarter due in part to strong contributions from our food and beverage offerings,” said Marcus.

During the quarter, Marcus Hotels & Resorts announced that it was selected to manage the newly-opened Murieta Inn and Spa in Rancho Murieta, California. This 83-room boutique hotel is situated southeast of Sacramento among the foothills of the Sierra Nevada Range, and establishes a presence for the company in Northern California. Last week, the division also announced that it has been selected to manage the DoubleTree by Hilton Hotel El Paso Downtown in El Paso, Texas, as well as the newly constructed Courtyard by Marriott El Paso Downtown/Convention Center, which opens in June 2018. This will bring Marcus Hotels & Resorts’ portfolio to 21 owned and managed properties across the country.

Return of Capital to Shareholders

“During the first quarter, we announced a 20% increase in the cash dividend rate, our fourth dividend increase in the last three years. Our strong balance sheet gives us the ability to return capital to shareholders, while at the same time continuing to invest in our two businesses and pursue potential growth opportunities,” said Douglas A. Neis, chief financial officer and treasurer of The Marcus Corporation. “This increase reflects not only our strong financial performance and ongoing commitment to increasing shareholder value, but also the benefits received from the tax reform legislation signed into law in December 2017. We are pleased to share this benefit with our shareholders, as well as our associates and our community. In addition to the significantly higher quarterly dividend payment, we have increased our matching contributions in our 401(k) plan and increased our contributions to The Marcus Corporation Foundation, which invests in deserving programs and projects in our communities,” added Neis.

Marcus Corporation management will hold a conference call today, Thursday, April 26, 2018, at 10:00 a.m. Central/11:00 a.m. Eastern time to discuss the first quarter results. Interested parties may listen to the call live on the Internet through the investor relations section of the company’s website: www.marcuscorp.com, or by dialing 1-574-990-3059 and entering the passcode 1586127. Listeners should dial in to the call at least 5-10 minutes prior to the start of the call or should go to the website at least 15 minutes prior to the call to download and install any necessary audio software.

A telephone replay of the conference call will be available through Thursday, May 3, 2018, by dialing 1-855-859-2056 and entering passcode 1586127. The webcast will be archived on the company’s website until its next earnings release.

About The Marcus Corporation

Headquartered in Milwaukee, The Marcus Corporation is a leader in the lodging and entertainment industries, with significant company-owned real estate assets. The Marcus Corporation’s theatre division, Marcus Theatres®, is the fourth largest theatre circuit in the U.S. and currently owns or operates 895 screens at 69 locations in eight states. The company’s lodging division, Marcus® Hotels & Resorts, owns and/or manages 20 hotels, resorts and other properties in nine states, with another property opening in June 2018. For more information, please visit the company’s website at www.marcuscorp.com.