Latest posts by perspective (see all)

Orlando, Florida – March 24, 2016 – (INTUITION by Perspective Group) – In June of 2015, David Siegel lost his beloved daughter Victoria to a drug overdose at the young age of 18. This tragic, immense loss inspired him to devote himself to a very important cause: shining a bright light on the pandemic of drug addiction plaguing the United States and the resources needed to course correct the devastating direction in which too many teens are headed.

In fact, there are over 24 million people currently using illegal drugs in America and over 50,000 people are dying from drug overdoses each year.  This is more than the number of people that die each year from car accidents.  In addition, there were 7,800 new users of illicit drugs per day in 2013, and over half were under 18. Frighteningly, that means more than 3,600 kids a day try an illicit drug for the first time.

Through his new Victoria’s Voice Foundation, David and his family will bring this pressing issue to the national stage, championing specific initiatives directed at reducing experimentation, addiction and overdose deaths. This includes: 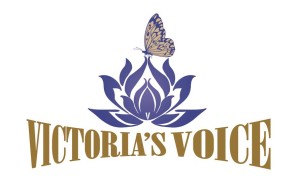 This year, the Victoria’s Voice Foundation was selected as the charity of choice for the GNEX 2016 Timeshare Leaders Conference in New Orleans, La. A live auction raised a total of $20,885 for the Foundation.

David Siegel delivered a heartfelt speech citing the alarming statistics of teen drug use and the efforts the Foundation supports to stem this crisis. He informed the audience that an estimated 24.6 million Americans ages 12 or older, or 9.4 percent of the population, have used an illicit drug in the past month. He also mentioned that drug overdoses were the leading cause of injury death in 2013, greater than car accidents and homicides.

[dt_quote type=”pullquote” layout=”left” font_size=”big” animation=”none” size=”1″] “I have built a very successful company, but now my only mission in life is to save lives and hopefully prevent other parents from going through what our family has experienced from the death of our beloved Victoria”, said David Siegel President and Chairman of the Board of Westgate Resorts.[/dt_quote]

More than 30 products and services were auctioned to senior-level executives from across the globe, including vacation getaways, signed sports memorabilia, furniture, cookware and some of the latest mobile technology gadgets.

[dt_quote type=”pullquote” layout=”right” font_size=”big” animation=”none” size=”1″]“We were honored to have David Siegel share his vision for Victoria’s Voice with our attendees, and grateful to all that were so generous in providing and purchasing auction items in support of the Foundation’s work,” said Paul Mattimoe, President and CEO of Perspective Group.[/dt_quote]

For more information about the Victoria’s Voice Foundation, visit http://victoriasiegelfoundation.org

Perspective Group is a media sponsor of more than 30 industry events per year and serves on a number of trade association committees. The group also hosts its own annual industry leader event, the Global Networking Expo (GNEX Conference), and Canadian Resort Conference (CRC) on behalf of the Canadian Resort Development Association (CRDA). For more information, visit www.perspectivemagazine.com.

Hosted by Perspective Group, the leading global PR & Multimedia Company for the resort and shared ownership industry, the Global Networking Expo (GNEX) has created a truly unique conference format that focuses heavily on networking. Each year, the conference is shaped by the senior-level industry executives who attend. The conference, now in its sixth year, has not only become a major event on the resort and shared ownership industry’s calendar, but also is hailed by many of its attendees as the one conference they must attend. For more information visit www.gnexconference.com.