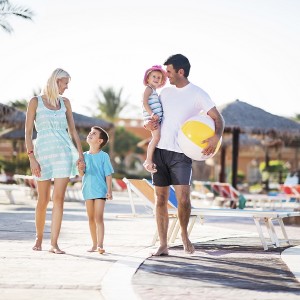 After reading more than 500 entries received over five weeks, what originally started out as simply a way to get input from members about where they wanted to vacation turned into something much more than that. “Their letters were so compelling and heartfelt we decided to respond with an answer to their dreams. We just thought they would tell us where they wanted to go, but the whys touched our hearts,” said Stacey Gregory, Creative Director for GCI.

The main reasons why respondents wanted to go on their bucket list vacations included spending time with family, tracing their ancestry, celebrating anniversaries, and visiting historical sites. Among the hundreds of responses received, the top vacation destinations were Hawaii, the Caribbean, Ireland, Alaska, Italy, Australia, national parks, California, France, and road trips across the USA.

Corey Thibodeaux, Social Media Manager for GCI, said, “We received so many wonderful responses through social media that we couldn’t decide. We narrowed it down to seven and even then still needed help sifting through those.” Ultimately, the company decided on six deserving families.

Queshaun Canty, a construction worker in Belvidere, Illinois, has not been able to take a vacation in the last 22 years. His main reason for wanting to go on a vacation was to spend time with his wife, Mahlonne. “I am tired and need some time off and quality time with my wife.” The couple will travel to the Caribbean together next summer.

Similar to Queshan Canty, Diane Walker of Philadelphia, Pennsylvania also wanted to take her dream vacation in order to be able to spend time with a loved one. Walker’s nephew, Aamir, lost his father to diabetes eight years ago and recently celebrated his 14th birthday. After reading her heartwarming response, the company decided to make their dreams come true and give the two a trip to Disney World this summer in order to properly celebrate. “His birthday just passed and so I wanted to be able to take him there,” said Walker. After receiving the news that he would be travelling to Orlando with his aunt, Aamir responded with the quintessential, “I’m going to Disney World!”

Disney World proved to be a popular choice destination amongst the Bucket List contest winners. Noblesville, Indiana resident Gloria Coyle’s adopted seven year old son, La’trell, has been asking to go to Disney World for years. When asked what Disney characters he was looking forward to seeing, La’trell said his favorites were Mickey, Goofy, and Pluto. Not only was La’trell given the exciting news of travelling to Disney World with his family, but the company also surprised him with Disney gear, including a plush Mickey Mouse toy.

Having a family of six kids, Ryan and KaDawn Webb of Colorado Springs, Colorado found it difficult to plan vacations despite their desire to travel out of the country and show their children other cultures. GCI in partnership with Lifestyle Holidays Vacation Club were able to make their dreams a reality by giving their entire family an all-inclusive stay in the Dominican Republic next year.

Two more winners await the Bucket List wish reveal to their families. One granted wish is for a family reunion in Myrtle Beach, South Carolina while the other is another Disney trip for a family of four. “We don’t want to spoil the surprise just yet so we can’t give away those details,” explains Thibodeaux.

Each winner received the accommodations, a $500 voucher to use for airfare from Global Connections Travel Agency and attraction tickets. Tom Lyons, CEO of Global Connections’, said the project was personally important to him because, “Spending time with family is sacred and vacations are one of the best ways to spend time with loved ones. Disengaging from ‘normal’ life without distractions brings you closer to your family.”

Global Connections, headquartered in Overland Park, KS, is recognized as a leader in the travel club industry offering its members a host of benefits and vacationing options to more than 700 North American resorts.  Global Connections is the owner, developer and manager of resorts in California, Florida, Colorado and Tennessee as well as owning and leasing multiple resort condominium units throughout the United States, Canada, Mexico and the Caribbean. For more information, visit www.exploregci.com  For more information regarding Global Discovery Vacations visit www.globaldiscoveryvacations.com