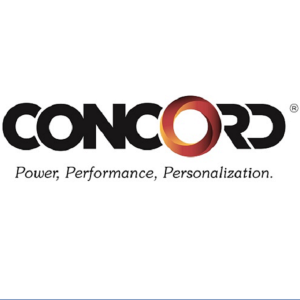 Citing the long-term, mutually successful relationship between their two companies, leaders of Concord Servicing Corporation and Breckenridge Grand Vacations (BGV) recently announced a three-year renewal of their partnering contract. As it has over the past nearly 30 years, under the terms of the newly signed contract, Concord will continue to provide wide-scale third-party mortgage and homeowners’ association (HOA) contract servicing for Breckenridge Grand Vacation’s extensive fractional ownership holdings.

The two companies’ relationship is “mutually beneficial,” Derry says. “Concord and BGV have worked together for nearly 30 years and have grown together throughout that time. We couldn’t be happier to work with such an outstanding company and the strong team of people behind it. We believe our position as the leader in servicing technology has strengthened BGV’s focus on their goal of ensuring ‘always GRAND vacations’ for their owners.”

In her role as Concord’s Vice President of Client Relationships, Lorena Montano has overseen the longtime partnership between Concord and BGV. “I want to say that, on both sides of this agreement, it’s the level of communication that has made it work so well over such a long a period of time. But I want to make sure and credit the power of our technology, too. Our C2 Command and Control collection management product, for example, is just one of the technology tools that enables BGV to strategically manage its loan and HOA portfolios.”

Echoing Derry’s and Montano’s enthusiasm for the contract extension, Nick Doran, BGV’s Chief Operating Officer, says he is extremely happy to be continuing his company’s relationship with Concord. As he explains, “Over the years, Concord has done a superior job understanding the intrinsic differences among our three development entities and five HOAs. We’ve worked very well together to make things run extremely smoothly. Concord has stepped up at every opportunity to make sure we’re a happy customer.”

Describing the impact that Concord has on BGV’s bottom line, Doran adds, “In addition to the efforts of many BGV employees, there’s certainly a direct correlation between our continuing success and our continued partnership with Concord. Our mortgage and HOA delinquency rates are both well below industry averages, and I attribute a great deal of that to the work Concord does on our behalf. Concord’s work drives our profitability.”

About Breckenridge Grand Vacations:
Created in 1984, Breckenridge Grand Vacations (BGV) was built by brothers Mike and Rob Millisor and friend Mike Dudick upon the belief that the success of their company would be determined by the positive impact it had on their owners and guests, employees and the community. The developers of the company also embraced the concept that BGV would be the best in sales if they were first and foremost the best in customer service. The company has embraced the Net Promoter methodology and consistently beats industry averages with its high scores. BGV now creates Grand Vacations for more than 25,000 owners and employs more than 600 staff members.