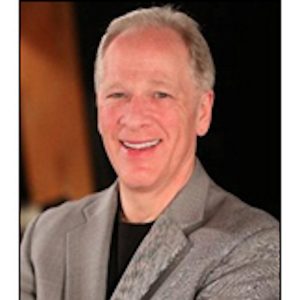 C.A.R.E., The Cooperative Association of Resort Exchangers, has selected a keynote speaker for their 2019 Conference to be held in Indianapolis, Indiana from May 4th-7th at The Westin Indianapolis.  VisitIndy.com, says their friends call them “Indy” and USA Today has ranked Indy as a number one convention city.  Indy is known for its fast cars and blockbuster events, has gained much acclaim for a flourishing culinary and brewery scene, thriving cultural institutions, cool neighborhoods, and coming soon…C.A.R.E.!

C.A.R.E. has engaged Bill Stainton as their 2019 Conference Keynote Speaker.  Stainton is a speaker like no other – an expert on Leadership, Creativity and Team Engagement.  He’s won 29 Emmy Awards for Entertainment. As the Executive Producer of Seattle’s legendary comedy TV show Almost Live!, Bill led his team to more than 100 Emmy Awards and ten straight years of #1 ratings.  Along the way, he worked with, and learned from, other successful people like Jerry Seinfeld, Ellen DeGeneres, Jay Leno, Bill Nye the Science Guy, and even members of the Beatles.  At the 2019 C.A.R.E. Conference, Bill will share their lessons (and backstage stories!) and is sure to get attendees laughing, thinking and wanting more!  Learn more about C.A.R.E.’s 2019 Keynote Speaker at www.billstainton.com.

In an entertaining, energizing and enlightening keynote titled “The 5 Best Decisions the Beatles Ever Made…and Why You Should Make Them, Too!”  Bill Stainton will combine music, video, and hilarious audience interaction to help you take your own team to the “top of the charts!”  This presentation will answer questions like…What does a seriously award-winning team look like?  What does it take to lead them? And, ultimately, what does it take for them to really make it to the top?  Bill says, “Success is not a result of “luck”, “a fluke”, or “the breaks.”  It’s the result of specific decisions – decisions that every leader needs to make!”

In preparation for this keynote…it’s time for your first decision…save the date, ink your calendar, and be ready to attend C.A.R.E.’s 2019 Conference in Indianapolis next May; registration opens in January 2019!

Established in 1985, (C.A.R.E.), the Cooperative Association of Resort Exchangers, is one of the industry’s leading associations in ethical standards and value propositions. Its internationally diverse member base includes Resort Developers, Management and Exchange Companies, HOA’s, Travel Clubs and Wholesalers as well as many respected industry suppliers bringing value-added revenue enhancement opportunities. Members that possess rentable inventory or seek inventory for fulfillment of rental requests set the foundation of C.A.R.E. with a multitude of scenarios for securing client vacations, increased inventory utilization and heightened yield management. C.A.R.E. members have the ability to share inventory via week-to-week exchanges, weekly wholesale rentals, guaranteed and free-sale blocks as well as year-round and seasonal leases all over the world. C.A.R.E. members must comply with a strict Code of Standards and Ethics and will undoubtedly gain professional and personal development by attending C.A.R.E. Conferences. With nominal annual membership fees and some of the industry’s lowest conference registration rates, C.A.R.E. can prove an undeniable value and return.