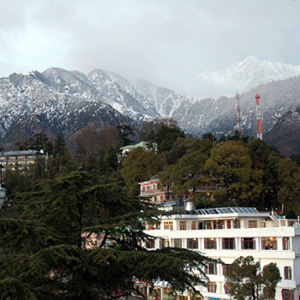 Karma Group have announced the acquisition of a new property in Dharamshala, in the upper reaches of the Kangra Valley in India. Dharamshala is the adopted home of the Dalai Lama and the exiled Tibetan government, with the Dalai Lama’s residence in the village of McLeodGanj, running along a ridge overlooking the town proper.

Surrounded by the snow topped Dhauladhar ranges, the property is built on the side of a cedar forested mountain with sweeping views down into the valley below and the adjoining tea gardens. The property has 25 rooms and suites and with a restaurant, pool, gym and future plans include a Karma Spa, making it the ideal place to find serenity and relaxation.

“I am delighted to announce the acquisition of our newest resort in the beautiful and spiritual town of Dharamshala,” said John Spence, Founder and Chairman of Karma Group. “We will be renovating and refurbishing the property to bring it up to our high standards and expect to have it open for the main Indian holiday season. To be in the adopted home of His Holiness the Dalai Lama is wonderful and particularly fitting as Karma Group has drawn much inspiration from his philosophies. In Hindi, the word ‘dharamshala’ refers to a shelter or rest house for spiritual pilgrims and we aim to supply such a place for our Karma guests as they visit from around the world.”

Sometimes known as ‘Dhasa’ (a combination of Lhasa and Dharamshala), Dharamshala is a popular destination for tourists wishing to visit Tibetan temples and monasteries and is a starting point to a number of trekking trails that lead trekkers across Dhauladhar into the upper Ravi Valley and Chambra district. The picturesque HPCA cricket stadium is the second home of the high profile IPL team, the Kings XI Punjab and is one of the most beautiful settings in world cricket.

Karma Group is an award-winning international travel and lifestyle brand offering extraordinary experiences in the world’s most beautiful locations and is headed by Chairman and Founder, John Spence, Ernst & Young Entrepreneur of the Year 2010. In June 2013, John was invited to join leading entrepreneurs from around the world in Monaco to join the judging panel for the Ernst & Young World Entrepreneur of the Year. In July 2013, John was honoured by the Yale University School of Architecture by being appointed the Edward P. Bass Distinguished Visiting Architecture Fellow for the fall semester 2013/2014 and has also been awarded a Distinguished Visiting Fellowship at UCLA in 2015. The Karma Group is comprised of Karma Resorts, Karma Retreats, Karma Royal, Karma Estates, Karma Beach, Karma Spa and Karma Boutique. In August 2016, Karma group and Sanctum Hotel Group announced a joint venture to develop a series of authentic rock ‘n’ roll styled and orientated hotels in strategic locations around the world, accompanied by an exclusive private membership club.