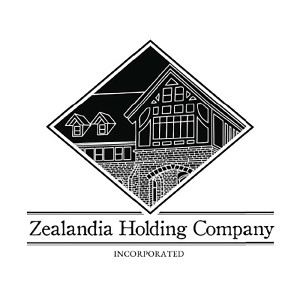 Yesterday employees of Zealandia Holding Company and its subsidiaries honored the service and retirement of founding CEO, Don Clayton, during the kickoff of the company’s 15-year anniversary celebrations.

Festiva Co-Founder, President and CEO, Butch Patrick, feels “Don [Clayton] has made a huge impact on Zealandia Holding Company. He’s been a significant force behind achieving so many of our goals, and without him we wouldn’t be the company we are today. I couldn’t have asked for a better business partner and friend.”

Clayton has been an integral part of the creation and growth of Zealandia Holding Company, its flagship subsidiary, Festiva, and its other affiliated companies. He was a founding owner from the company’s formation as Festiva Resorts, a single entity with one resort property. From there he and Patrick worked tirelessly to grow the company by acquiring Peppertree, Escapes and KGI, to build Festiva into one of the most successful private timeshare companies in the country. Always looking for ways to improve as a business and an employer, Clayton was also instrumental in the decision to shift the company to an employee stock ownership plan (ESOP) in 2010.

With over 30 years of industry experience, Clayton is a designated Registered Resort Professional (RRP) by the American Resort Development Association (ARDA), an ARDA trustee and a member of its Board of Directors. He previously served as chairperson of ARDA North Carolina and co-chairperson of ARDA Carolinas. He has received numerous industry accolades, including the Silver ARDA Award for Marketing Executive – Multiple Sites in 1997 and 1998, and a Gold Ardy—the industry’s highest honor—in 1999. In retirement Mr. Clayton plans to split his time between Asheville, North Carolina, and Sint Maarten—the Caribbean paradise that captured his heart and inspires his internal artist—to pursue his lifelong passion for music as a gifted songwriter and performer. Mr. Clayton remains Chairman of the Board of Directors of Zealandia Holding Company.

About Zealandia Holding Company
Zealandia Holding Company is an organization that originated in 2000 as Festiva Resorts. In the fifteen years since inception, the company has divided Festiva Resorts into separate companies, according to function. These companies include: Festiva Development Group, owner of the Festiva Adventure Club, business development subsidiary ETourandTravel and a family of boutique vacation ownership resorts located in some of the most popular destinations in the United States and Caribbean; Zealandia Capital, a financial lending and loan servicing organization; and Patton Hospitality Management, a property management organization that manages Festiva’s resorts, Festiva Sailing Vacations and Resort Travel Xchange. ZHC constantly looks for ways to ensure new and exciting vacation opportunities for its members through every phase of purchasing, owning and using a Festiva timeshare.