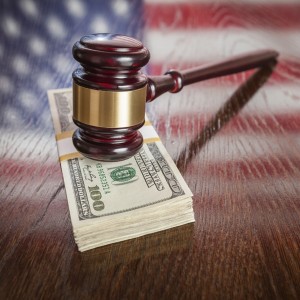 N.J. Man Sentenced to 27 Years of Prison for Timeshare Fraud

The American Resort Development Association (ARDA) and ARDA Resort Owners’ Coalition (ARDA-ROC) applaud the U.S. Department of Justice, law enforcement agencies and our member companies for their recent victory in the sentencing of a New Jersey man convicted of a $3 million timeshare mortgage fraud scheme and sentenced to 27 years of prison. This sentencing sends a firm message that fraudulent schemes will not be tolerated and will be prosecuted to the furthest extent of the law.

Adam Lacerda of Egg Harbor Township, N.J., was convicted in 2013 of several counts of fraud, in which he was accused of offering phony consulting services to the holders of mortgages on timeshare properties, according to the Federal Bureau of Investigation. According to the FBI, Lacerda ordered employees of his company, VO Financial (aka Vacation Ownership Group), to tell timeshare holders that VO worked with banks holding their mortgages, and that if the owners sent VO money, VO would pay off the mortgages on their behalf. The timeshare owners were told by VO that they would have timeshares canceled with money back—an act that never occurred, leaving the owners out large sums of money and still responsible for their timeshare.

“This conviction is truly a victory for the entire industry, as our member companies and their owners impacted by these individuals cooperated with law enforcement to build the case against these criminals,” said Howard Nusbaum, president & CEO of ARDA. “It’s also a reflection of the important role coalitions play in cracking down on these crimes, such as ARDA-ROC’s Joint Investigative/Enforcement Taskforce.”

Comprised of members from law enforcement, the Federal Trade Commission, U.S. Postal Inspection Service and Attorney’s General, ARDA-ROC’s Joint Investigative/Enforcement Taskforce is a prime example of the unified effort across federal and state agencies that work every day to stop fraud by enforcing action across the board.
“A top priority of our respective agencies is to protect consumers from dishonest individuals or companies trying to take advantage of them by shutting down these companies and charging them with criminal offenses,” said taskforce member Jerry Kilgore, former Virginia Attorney General and partner at McGuireWoods. “This favorable verdict is a great leap forward in the continuous preservation of owner protection across the vacation ownership industry.”

ARDA and ARDA-ROC would like to thank the U.S. Attorney’s Office Criminal Division in Camden, N.J., and all the special agents involved in this case whose hard work and diligence exposed this fraudulent company, resulting in a positive outcome of justice. We look forward to the continued partnership between state and federal agencies and the industry in our efforts to shut down these companies who unduly harm our owners and industry reputation.

We will also continue to pursue and support reasonable timeshare resale and transfer legislation in an effort to protect owners against fraudulent timeshare schemes. For more information about the timeshare secondary market including resales, visit the ARDA-ROC Timeshare Resale Resource Center at www.arda-roc.org/resales.

About ARDA-ROC
The ARDA Resort Owners’ Coalition (ARDA-ROC) is a non-profit entity endorsed by the American Resort Development Association and funded by individual timeshare owner’s voluntary contributions, dedicated to preserving, protecting, and enhancing vacation ownership. ARDA-ROC is an alliance of owners, developers, and managers who are committed to advocating for local, state, and federal policies that enable the vacation ownership industry to thrive. For more information, visit http://www.ardaroc.org.