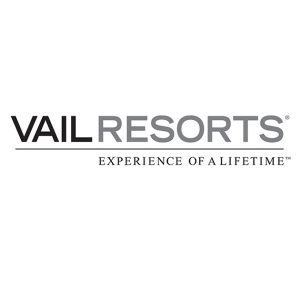 Vail Resorts, Inc. (NYSE: MTN) has announced that Chairman and Chief Executive Officer Rob Katz has exercised stock appreciation rights (SARs) that were expiring over the next two years and will be donating 100 percent of the shares and proceeds received to his family charitable foundation and donor advised charitable fund. Based on the market price on the date of exercise of $275.25 per share, the donation is equal to approximately $31 million.

After withholding taxes, Katz received approximately 113,000 shares of Vail Resorts stock from the SARs exercise. Of those shares, Katz donated 67,800 shares and sold 45,200 shares, and will donate 100 percent of the proceeds from that sale.

Last year, Katz announced a similar exercise and the donation of approximately $58 million to a new donor advised fund that will initially focus on helping to address mental and behavioral health and alcohol and drug abuse in the mountain resort communities in which Vail Resorts operates. Just a few months later, Katz and his wife, Elana Amsterdam, also announced the donation of over $650,000 in grants to local community non-profits that focus on these issues, as well their plan to engage philanthropic advisors to help ensure the greatest impact from the new fund. That process of research and community engagement is now well underway, and Katz and Amsterdam expect to make another round of grants to non-profits in the Company’s mountain communities before the end of the year.

In addition to helping local communities address mental and behavior health, Katz and Amsterdam also made a $750,000 donation in March, 2018 to Operation Homefront, a nonprofit organization that supports military families. The personal donation was in honor of the Company’s founders, who were members of the Armed Forces, and in celebration of the 10th Anniversary of the Epic Pass that the Company celebrated this spring.

As part of their continued giving, Katz and Amsterdam announced the following grants:

$150,000 – The Other Side Academy (Denver)
The Other Side Academy (TOSA) is a non-profit, self-sustaining social enterprise modeled after the Delancey Street Foundation in San Francisco. TOSA functions as a school where students learn vocational, pro-social and life skills so they can succeed “on the other side” of addiction and criminal behavior. This grant will go toward building TOSA’s first facility in Denver.

$150,000 – Environmental Defense Fund
Guided by science and economics, EDF looks to tackle urgent environmental threats with practical solutions. This grant will be used to support EDF’s work promoting innovation and advocacy for clean, efficient and modern energy system that will better protect our health and climate, while boosting the economy.

$150,000 – Fund for a Safer Future
Fund for a Safer Future is a non-profit donor collaborative that invests in targeted, practical strategies to reduce gun injuries and deaths. FSF invests in organizations, research institutes and advocates to strengthen policies that reduce the toll of gun violence by supporting rational, evidence-based policies at the local, state and federal level.