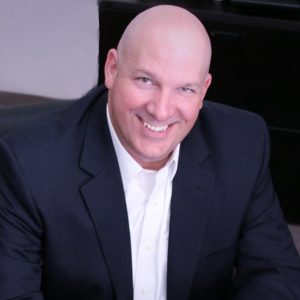 The Canadian Vacation Ownership Association (CVOA) has announced the hiring of Gregory Crist as the organization’s new President & Chief Executive Officer. Crist succeeds Ingrid Jarrett as she takes on the role of CEO at the British Columbia Hotel Association (BCHA).

Crist has already diligently served on the organization’s board of directors for the past six years. Most recently, as Director of Government Relations and previous to that, as Vice Chairman of the board.

“Greg has really been a front-line leader in our organization and in the industry. He is certainly no stranger to transition as he has also previously served as interim chairman presiding over our 2018 AGM and Conference in Vancouver. I’m really excited to have him continue with the association in this new role”, said Jon Zwickel, Chairman of CVOA. “There are not a lot of people out there who have a 360-degree view of the timeshare industry in North America, especially here in Canada, Zwickel continued.

Having recently completed a successful annual conference in Whistler, British Columbia and announced seven new members to the association, CVOA is seeing consistent growth as more companies throughout North America see the value of shared knowledge and networking opportunities.

“I am extremely honored to be leading the association forward with an energized executive team, especially at a time when we are building out our next 5-year plan. This is a new decade of opportunity for our North American industry and I want to ensure that CVOA opens new paths of collaboration in helping Canada compete as a top vacation ownership and travel destination. In doing so, we are going to provide real business value for all of our members to benefit from as we turn this page into our 40th year of operation,” said Crist.

Crist’s background is extensive as he takes on the torch at CVOA. As the current CEO of the Association of Vacation Owners (AVO) and former publisher of Timeshare Advisor Magazine (2010), he champions fair practices between industry operators and consumers and also chairs the Global Secondary Market Coalition (GSMC), a multi-association task force dedicated to reform and governance of the timeshare secondary marketplace (2018).

As an avid legal strategist and government relations specialist, Crist is a popular choice for speaking and moderating roles at conferences around the world, in addition to features in numerous trade publications. He has also been a two-time recipient of the prestigious CVOA Cornerstone Award (2014, 2019) and was given the Industry Ambassador Award at the 2016 GNEX Conference held in New Orleans. Crist also serves as a director at the Cooperative Association of Resort Exchangers (C.A.R.E).

CVOA is proud to uphold the highest ethical standards possible in the timeshare and resort development industry.

For more information about CVOA or how to become a member please visit http://www.canadianvoa.org/.