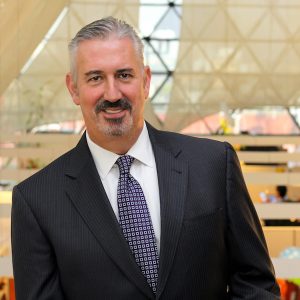 Today, during the 32nd General Ordinary Annual Meeting of the Mexican Resort Developers’ Association (AMDETUR), held in the offices of this Association, a new Board of Directors was elected for 2019-2020.

By unanimous vote, Juan Ignacio Rodríguez Liñero was appointed to head AMDETUR for that term.

In his acceptance speech, Mr. Rodriguez noted that Timeshare and Vacation Ownership in Mexico accounts for 25% of worldwide sales for the industry. He underscored a widespread lack of knowledge of the direct and indirect economic flow generated by this industry in Mexico and urged all industry members to join efforts to continue the work and goals we have set forth to continue its sustained growth in recent years.

Mr. Rodriguez presented the Board of Directors with the objectives he has set for his administration, particularly:

The evolution of the Timeshare and Vacation Ownership Industry, and therefore of AMDETUR, will only be possible with the support and involvement of all our members. AMDETUR’s new Chairman for 2019-2020 said there should be a resurgence of tourist destinations like Mazatlan, which has recently seen a boom in investment that is positioning it once again on the Mexican tourist map.  Mr. Rodriguez called on all members to participate in making the 2019 Convention a success.

He went on to say that in continuation of the legacy established by our late chairman Ricardo Montaudon Corry, as in industry it’s important to “give something back to the Community,” so he will place particular emphasis on completing the work of remodeling the Hospitality Lab at the Alvaro Obregon I campus of CONALEP, which has been named in Ricardo’s honor, and as a first step asked the Board of Directors for its support in achieving that objective.

In his closing remarks to the 32nd General Ordinary Annual Meeting, he pointed out that AMDETUR is financially strong, the result of an institution-wide effort to apply the principle of transparency to the management of our resources, and that it has been able to remain economically sound for a number of years, as reflected in unanimous approval of all the reports presented.

Juan Ignacio Rodríguez Liñero introduced the new members of the Board:

Juan Ignacio Rodríguez Liñero is currently Executive Director of RCI Latin America, with more than twenty years of experience in the Timeshare and Vacation Ownership Industry, and he has worked in countries as diverse as Ireland and Spain, as well as considerable experience in continuous improvement projects.