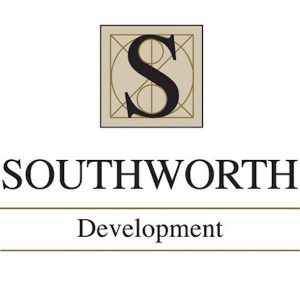 Southworth Development, the Boston-based company specializing in the development of residential resort real estate communities, announced today that it has assumed 100% ownership of The Abaco Club on Winding Bay. Southworth purchased the interest of the member-investor group that originally partnered with the company to acquire the club from Marriott Vacations Worldwide, which had operated the property as a Ritz-Carlton Club location, in December 2014.

The Abaco Club, which is located on Great Abaco Island, is a private club community featuring luxurious island homes, a 2.5-mile white-sand beach, the No. 1 golf course in The Bahamas, and a host of other five-star amenities.

“When we first looked at The Abaco Club, we knew it was someplace very special,” said David Southworth, Founder and CEO of Southworth Development. “The community had everything money can’t buy, and we were delighted to have had the opportunity to help guide the club forward. Now, with the full support of the member-investor group, we’ve embarked on the process of adding everything else worth buying—things that we believe will make The Abaco Club the premier private club community anywhere in the tropics. It’s tremendously exciting and we can’t wait to share our vision for the club with the world.”

The next stage of Southworth’s capital improvement plan calls for an immediate investment of $10 million for the club – which has already begun.  In the near future, plans also call for the creation of an on-property market, expanded food and beverage offerings, the launching of the club’s marina and boat slips in Little Harbour, upgrading of the club’s spa and fitness facilities, expansion of its beach toy recreational offerings, the building of several new residences, and more.

“We were delighted to have initially partnered with Southworth Development to acquire the club from Ritz-Carlton,” said Scott Andrews, one of the member-investors with whom Southworth purchased the club in 2014. “Today, three years later, we’ve seen how committed they are to the future of the club, and we’re equally delighted to have Southworth now fully taking the reins. The Abaco Club is in very good hands indeed and its future is brighter than ever.”

ABOUT THE ABACO CLUB ON WINDING BAY
The Abaco Club on Winding Bay is a private, international sporting club and residential community located on Great Abaco Island in The Bahamas. Situated on more than 600 acres, The Abaco Club offers a world of relaxation with luxurious residences and guest accommodations, a 2.5-mile white sand beach, a world-class Scottish-style tropical links golf course perennially rated #1 in The Bahamas, and a spectacular offering of other dining, spa, water, leisure and sporting activities. The Club was acquired in 2014 from Ritz-Carlton by Southworth Development, in partnership with a consortium of Abaco Club Members. Since that time, more than $30 million has been invested in enhancements to the property, most notably to the dining facilities, golf course and the extensive new golf practice facility. For more information visit www.theabacoclub.com.

ABOUT SOUTHWORTH DEVELOPMENT
Southworth Development is a privately held company that specializes in the development of residential resort real estate communities.  Through wholly owned subsidiaries Southworth Golf and Southworth Europe, Southworth is also a leader in the international golf community, having served as owner, manager, consultant or construction manager to dozens of properties throughout the United States, Scotland, The Bahamas, Puerto Rico and The Dominican Republic.   Located in Newton, Massachusetts, USA, Southworth was founded in 1991 and currently owns and operates private clubs and residential communities in Massachusetts, New Hampshire, Virginia, Scotland and The Bahamas.  The properties include:  Willowbend located on Cape Cod, Mass.; Renaissance located on Boston’s North Shore; Meredith Bay located on New Hampshire’s famed Lake Winnipesaukee, Creighton Farms located in Aldie, Va. 35 minutes west of Washington, DC; The Village at Machrihanish Dunes, Argyll, Scotland; and The Abaco Club, Great Abaco Island, The Bahamas.