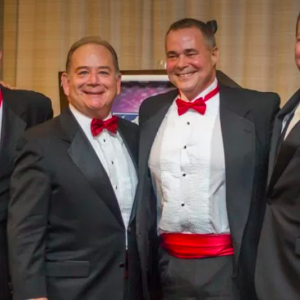 Skal International Orlando, the only international organization bringing together sectors of the travel and tourism industry while networking, conducting business and helping communities locally, nationally and internationally, has officially installed its slate of officers for 2018 as follows:

The new officers, called to serve Skal International Orlando for the next term of office, each fulfill a unique and important role. The club president sets goals for the club, supports and creates values for members and leads all meetings, while being actively involved in all club initiatives. The vice president assists with all specified club initiatives, assuming the president’s responsibilities in his absence and prepares to assume the role of president for the next term. The club secretary ensures meetings are held in accordance with governing documents, prepares and provides minutes to directors. The treasurer ensures the proper fiduciary disposition of revenues and expenses, annual auditing of financials and also assists the executive secretary/treasurer. And the Skal USA representatives represent the local Skal Orlando Club within the national Skal organization, reporting back to the local club.

“Our club is extremely fortunate to have such visionary officers for 2018. They are highly-accomplished industry leaders who represent Skal locally, nationally and internationally with great pride,” said John Stine, Skal International Orlando president.