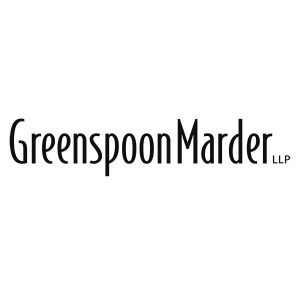 Greenspoon Marder is pleased to announce the expansion of the firm’s national Corporate Real Estate Timeshare & Resort practice group with the addition of hospitality industry pioneer, Craig M. Nash, as Of Counsel. He also represents the firm in timeshare industry relations and acts as its Board representative to the American Resort Development Association (ARDA). Mr. Nash continues to serve as non-executive Chairman of Interval International and senior advisor to Marriott Vacations Worldwide.

Mr. Nash’s career exemplifies the epitome of true entrepreneurship as a methodical visionary, calculated risk-taker and successful business and legal executive. He began his career in private practice in 1978 representing developers and others in the very early days of the timeshare industry. He went on to be part of Interval International (II), a leading global provider of membership and leisure services to the vacation industry, for over 35 years. Mr. Nash started as legislative counsel and lobbyist in 1982, where he was instrumental in helping shape and promote groundbreaking timeshare legislation and regulation throughout the United States, designed to both protect consumers and allow developers to operate. He went on to become General Counsel and later President of Interval International in 1989. Mr. Nash led the business through a number of transactions, both private and public, that ultimately saw Interval’s successor spun out of InterActiveCorp (IAC) as a standalone public company in 2008.

At ILG, a global publicly traded company and former subsidiary of IAC and parent company of Interval International, Mr. Nash served as Chairman, President and CEO. He and his long tenured team successfully navigated the Great Recession, and through a series of strategic acquisitions including the timeshare businesses of Hyatt and Starwood, became a vertically integrated leader in the upper-upscale segment of the vacation ownership industry. ILG was acquired by Marriott Vacations Worldwide in 2018 in a landmark $4.6 billion transaction to create a leading global vacation company.

Mr. Nash returns to Greenspoon Marder, having previously practiced with the firm over thirty years ago, prior to returning to Interval International as General Counsel in 1984. “As part of the Greenspoon Marder team, Craig will bring tremendous strategic vision and M&A experience to the firm,” comments Michael Marder, co-managing director at Greenspoon Marder. “Craig’s addition will further strengthen our position as a leading advisor in the national timeshare industry,” comments Gerry Greenspoon, co-managing director of Greenspoon Marder. Mr. Nash is a native of Florida, residing and working in South Florida throughout his career. He was most recently recognized among “Florida 500 Most Influential Business Leaders” according to Florida Trend.

Greenspoon Marder is a national full-service business law firm with 240 attorneys and 26 locations across the United States. We are ranked amongst American Lawyer’s Am Law 200, as one of the top law firms in the U.S. since 2015. Since our inception in 1981, our firm has been committed to providing excellent client service through our cross-disciplinary, client-team approach. Our mission is to understand the challenges that our clients face, build collaborative relationships, and craft creative solutions designed and executed with long-term strategic goals in mind. We serve Fortune 500, middle-market public and private companies, start-ups, emerging businesses, individuals and entrepreneurs nationwide.