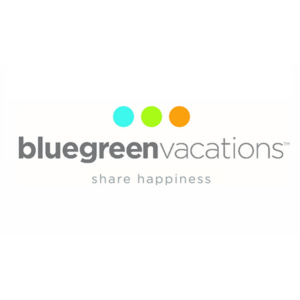 Shawn B. Pearson, Chief Executive Officer and President said, “We are pleased with our first quarter results, our first full quarter as a public company, including a 12% increase in earnings per share driven by a 2.5% increase in system-wide sales of vacation ownership interests (“VOIs”), a reduction in selling and marketing expenses to 49% of system-wide sales during the 2018 period down from 52% during the 2017 period, and the favorable impact of tax reform. Our sales and marketing platform contributed to a 2% net new owner growth for the twelve months ended March 31, 2018. Furthermore, we continue to focus on our Western expansion with our recent acquisition of the Éilan Hotel & Spa in San Antonio, Texas. This is a fantastic addition to our resort portfolio and consistent with our core strategy of expanding our sales distribution platform to new markets. We also have strengthened our already deep management bench with the addition of a highly seasoned Chief Legal and Compliance Officer. We continue to execute on our strategic initiatives to enhance our member experience through technological advancements. We believe that Bluegreen is well positioned to continue growing VOI sales and to create long-term value for our shareholders.”

These increases in corporate overhead were partially offset by growth in profits from our sales of VOIs and financing segment as well as our resort operations and club management segment, more fully described below.

Sales of VOIs and Financing

System-wide sales of VOIs were $132.8 million and $129.6 million during the three months ended March 31, 2018 and 2017, respectively. This increase was driven by a 9% increase in sales volume per guest (“VPG”), partially offset by a 6% reduction in sales tours, which was primarily a result of Bluegreen screening the credit qualifications of potential marketing guests. The Company believes that this screening should result in improved efficiencies in its sales process and intends to continue refining its methodology. The VPG increased as the sale-to-tour conversion ratio increased 14%, partially offset by a 4% decrease in the average sales price per transaction for the three months ended March 31, 2018 compared to the three months ended March 31, 2017. In the second quarter of 2017, the Company reintroduced sales of low-pointed, introductory packages, which the Company had previously eliminated in 2016. The sales of these introductory packages improved VPG by increasing conversion rates, partially offset by lower average sales prices per transaction. In addition, sales to the Company’s existing owners increased to 54.0% of system-wide sales of VOIs, in the first quarter of 2018 compared to 51.5% in the comparable 2017 period.

During the three months ended March 31, 2018 and 2017, financing revenue, net of financing expense relating to the sale of VOIs was $14.7 million and $15.6 million, respectively. The decrease was primarily attributable to the lower weighted-average interest rate on our notes receivable of approximately 15.3% at March 31, 2018 compared to 15.6% at March 31, 2017. The decrease in the weighted-average interest rate was primarily attributable to the introduction of “risk-based pricing” pursuant to which borrowers’ interest rates are determined based on their FICO score at the point of sale.

Operating profit for the Sales of VOIs and Financing segment was $42.0 million and $37.6 million for the first quarter of 2018 and 2017, respectively.

Adjusted EBITDA for the Sales of VOIs and Financing segment was $43.7 million and $39.2 million for the first quarter of 2018 and 2017, respectively.

Operating profit for the Resort Operations and Club Management segment was $11.7 million and $10.2 million for the first quarter of 2018 and 2017, respectively.

During the three months ended March 31, 2018 and 2017, Adjusted EBITDA for the Resort Operations and Club Management segment was $12.1 million and $10.6 million, respectively, an increase of 14%.

As of March 31, 2018, unrestricted cash and cash equivalents totaled $167.8 million. Bluegreen had availability of approximately $221.9 million under its receivable-backed purchase and credit facilities, inventory lines of credit and corporate credit line as of March 31, 2018, subject to eligible collateral and the terms of the facilities, as applicable.

Free cash flow, which the Company defines as cash flow from operating activities, less capital expenditures, was $8.0 million for the three months ended March 31, 2018, compared to $4.1 million for the three months ended March 31, 2017. The increase in free cash flow was primarily attributable to lower income tax payments of $6.6 million, primarily offset by $2.4 million higher inventory expenditures, including the acquisition of secondary market and just-in-time inventory. The Company believes the Tax Act will have a favorable impact on income tax payments in the future.

On March 12, 2018, the Company amended and restated its $50.0 million, revolving timeshare receivables hypothecation facility with Liberty Bank. The restructured revolving credit period will now run through March 2020, maturing in March 2023. On April 1, 2018, the interest rate on the facility decreased to the Prime Rate from the Prime Rate plus 0.50%, both subject to a floor of 4.00%. Bluegreen plans to continue to use the facility to finance vacation ownership interest notes receivable. As of March 31, 2018, $22.4 million was outstanding on the Liberty Bank Facility.

On April 18, 2018, as previously disclosed, the Company acquired the Éilan Hotel & Spa in San Antonio, Texas for approximately $34.3 million. The property is a 165-guest room, boutique hotel featuring a 10-treatment-room spa, resort-style pools, a state-of-the-art fitness center, tennis courts and virtual golf. The Company intends to open a 13,000 square foot sales office at the Éilan Hotel & Spa by the end of 2018. In connection with the acquisition, we entered into a non-revolving acquisition loan which provides for advances up to $27.5 million, $24.3 million of which was used to fund the acquisition of the resort and up to an additional $3.2 million may be drawn upon to fund certain future improvement costs over a 12-month advance period. The Company believes that this acquisition is consistent with its “drive-to” strategy in that over 10% of Bluegreen Vacation Club owners live in Texas and surrounding states.

On April 19, 2018, Bluegreen announced that its Board of Directors declared a cash dividend payment of $0.15 per share of common stock. The dividend is payable on May 15, 2018 to shareholders of record on the close of trading on April 30, 2018.

The Company has provided a pre-recorded business update and management presentation via webcast link, listed below, on the Investor Relations section of its website at ir.bluegreenvacations.com. A transcript will also be available simultaneously with the webcast.

Bluegreen Vacations Corporation (NYSE: BXG) is a leading vacation ownership company that markets and sells vacation ownership interests (VOIs) and manages resorts in top leisure and urban destinations. The Bluegreen Vacation Club is a flexible, points-based, deeded vacation ownership plan with approximately 212,000 owners, 67 Club and Club Associate Resorts and access to more than 11,000 other hotels and resorts through partnerships and exchange networks as of March 31, 2018. Bluegreen Vacations also offers a portfolio of comprehensive, fee-based resort management, financial, and sales and marketing services, to or on behalf of third parties. Bluegreen is 90% owned by BBX Capital Corporation (NYSE: BBX) (OTCQX: BBXTB), a diversified holding company. For further information, visit www.BluegreenVacations.com.