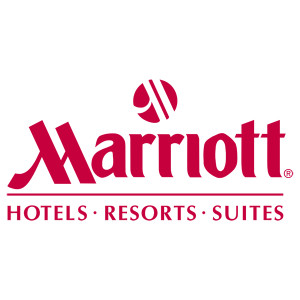 Following a record year of new development in 2014, Marriott International, Inc. (NASDAQ: MAR) announced today that it expects to triple in size in Europe by 2020 (since 2010) to reach 150,000 signed or opened rooms across its portfolio of brands – a substantial increase from the 40,000 rooms it operated in 2010.  This expansion in Europe is part of Marriott International’s global growth strategy, which includes having one million rooms open or in its development pipeline by the end of 2015.

[dt_quote type=”pullquote” layout=”left” font_size=”big” animation=”none” size=”1″]“Since 2010, we have been focused on developing strong brands across all tiers to meet different customer needs and we are seeing incredible momentum with over 34,000 new rooms opened or signed by the end of 2014.  This includes the introduction of four new luxury lifestyle brands to Europe, Autograph Collection, AC Hotels by Marriott, EDITION and Moxy Hotels”, said Amy McPherson, president and managing director, Marriott International, Europe. “Currently, we anticipate opening an additional 9,000 rooms by the end of 2016 and over half of these rooms are positioned in the luxury lifestyle portfolio.  This includes Autograph Collection which is such a huge success story for Europe, with almost 1,500 new rooms expected to join the collection this year.  We are also excited about the JW Marriott Venice opening this month – a luxury destination retreat located on its own island in the Venice lagoon.”[/dt_quote]

Looking forward to 2020, Marriott Europe expects over 70 percent  of its new rooms to come from select service and luxury lifestyle brands including Moxy Hotels, Courtyard, AC Hotels and Residence Inn – a growth strategy supported by recent extensive research that indicates these brands resonate best with frequent business travellers, including the next generation of travellers.  Moxy Hotels is expected to see the most growth with an anticipated 25,000 signed rooms by 2020 followed by Courtyard with an expected 11,000 rooms.

On a regional level, Eastern and Western Europe1 expect to see the strongest growth over the next two years with more than 50 percent of pipeline growth.  By year end 2016, more than 1,000 rooms are expected to open in Russia and JW Marriott Bodrum, Turkey will open in spring this year, the seventh JW Marriott hotel in Europe.   In Western Europe, nearly 3,000 rooms are slated to open in the next two years with strong growth expected from Autograph Collection.  In the UK & Ireland, the growth of Moxy Hotels includes over 1,000 anticipated rooms in 2016 including three hotels in London and one in Aberdeen.   Central Europe should see around 25 percent of development pipeline growth and will also be a strong market for Moxy Hotels, with 1,200 rooms expected to open by end 2016.

Marriott International, Inc. (NASDAQ: MAR) is a leading global lodging company based in Bethesda, Maryland, USA, with more than 4,100 properties in 79 countries and territories and reported revenues of nearly $14 billion in fiscal year 2014.  The company operates and franchises hotels and licenses vacation ownership resorts under 18 brands. For more information or reservations, please visit our website at www.marriott.com, and for the latest company news, visit www.marriottnewscenter.com.