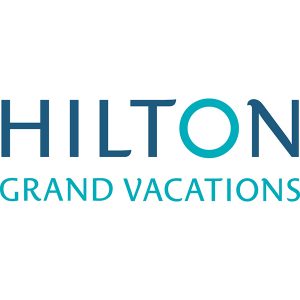 “2018 is off to a strong start as we saw solid first-quarter operating performance across all of our businesses, including mid-teens growth in both contract sales and resort and club segment adjusted EBITDA,” says Mark Wang, president and CEO of Hilton Grand Vacations. “Given this momentum and our outlook for the balance of the year, we are raising our full-year contract sales and adjusted EBITDA guidance. We just announced our new project in Charleston and feel great about our development momentum and the record number of projects we expect to launch this year.”

First-quarter results reflect the adoption of ASC 606, which has a significant impact on how the Company recognizes revenues. Under ASC 606, HGV defers the recognition of revenue and all related direct expenses for sales of Vacation Ownership Intervals (VOIs) under construction until construction is complete. Previously, the Company had recognized these revenues and expenses using the percentage of completion method. In the first quarter of 2018, HGV deferred recognition of $59 million of sales of VOIs, net, and $26 million of related direct expenses.

Financing revenues were $38 million in the first quarter of 2018, an increase of 8.6 percent compared to the same period in 2017.

HGV adopted Accounting Standards Update 2014-09, Revenue from Contracts with Customers (“ASC 606”) on Jan. 1, 2018, under the modified retrospective method of adoption. The following are some of the significant changes to the Company’s consolidated financial statements:

Transactions and Other Events

During the first quarter, HGV formed a joint venture with Strand Capital Group, LLC, to own and develop a 100-unit timeshare resort in Charleston, South Carolina. HGV will invest a total of $10 million for a 50 percent interest in the joint venture, but because HGV is not the primary beneficiary, it will not consolidate the entity. Liberty Place Charleston by Hilton Club will be the fifth property developed in collaboration with Strand in South Carolina as well as HGV and Strand’s first joint venture as development partners. Construction is expected to begin in the fourth quarter 2018, with completion in the second quarter of 2020. Sales are expected to commence in early 2019. In addition to its ownership stake, HGV will market, sell and manage the property under a fee-for-service agreement with the joint venture.

On March 13, 2018, HNA HLT Holdco I LLC, an affiliate of HNA Tourism Group Co., Ltd., amended the existing Stockholders Agreement dated Oct. 24, 2016, to permit the sale of up to all 24,750,000 shares of HGV common stock prior to the expiration of an existing two-year restricted period, granted HGV the right to repurchase up to 4,340,000 shares of common stock from the seller, and eliminated HNA’s right to designate a certain number of directors to HGV’s board of directors. On March 14, 2018, HGV announced that HNA had priced an underwritten secondary offer of 22,250,000 shares at $46.25 per share. HGV did not offer any shares of common stock in the offering nor receive any proceeds from the sale of shares in the offering. Concurrent with the offering, HGV repurchased 2,500,000 shares of its common stock for a negotiated price of $44.75 per share, which is the same price at which the underwriters purchased shares from the selling stockholder. These shares were retired. Subsequent to the offering, both members of the board of directors appointed by HNA resigned. At present, HGV does not intend to nominate new directors to fill those positions and intends to maintain an eight-member board.

Hilton Grand Vacations will host a conference call on May 3, 2018, at 11 a.m. (EDT) to discuss first-quarter results. Participants may listen to the live webcast by logging onto the Hilton Grand Vacations’ Investor Relations website at http://investors.hgv.com/events-and-presentations. A replay and transcript of the webcast will be available on HGV’s Investor Relations website within 24 hours after the live event.

This press release contains forward-looking statements within the meaning of the Private Securities Litigation Reform Act of 1995. These forward-looking statements are based on management’s beliefs, expectations and assumptions and information currently available to management, and are subject to risks and uncertainties. Actual results could differ materially because of factors such as: inherent business, financial and operating risks of the timeshare industry; adverse economic or market conditions that may affect the purchasing and vacationing decisions of consumers or otherwise harm its business; intense competition in the timeshare industry, which could lead to lower revenue or operating margins; the termination of material fee-for-service agreements with third parties; the ability of the Company to manage risks associated with its international activities, including complying with laws and regulations affecting its international operations; exposure to increased economic and operational uncertainties from expanding global operations, including the effects of foreign currency exchange; potential liability under anti-corruption and other laws resulting from HGV’s global operations; changes in tax rates and exposure to additional tax liabilities; the impact of future changes in legislation, regulations or accounting pronouncements; acquisitions, joint ventures, and strategic alliances that may not result in expected benefits and that may have an adverse effect on its business; its dependence on development activities to secure inventory; cyber-attacks and security vulnerabilities that could lead to reduced revenue, increased costs, liability claims, or harm to its reputation or competitive position; disclosure of personal data that could cause liability and harm to its reputation; abuse of its advertising or social platforms that may harm its reputation or user engagement; outages, data losses, and disruptions of online services; claims against the Company that may result in adverse outcomes in legal disputes; risks associated with its debt agreements and instruments, including variable interest rates, operating and financial restrictions, and its ability to service indebtedness; the continued service and availability of key executives and employees; and catastrophic events or geo-political conditions that may disrupt HGV’s business.

For more information about these risks and uncertainties as well as other potential factors that could affect the Company’s financial results, please refer to the “Risk Factors” and “Management’s Discussion and Analysis of Financial Condition and Results of Operations” sections of HGV’s SEC filings, including, but not limited to the Company’s most recent annual report on Form 10-K and quarterly reports on Form 10-Q. All information in this release is as of May 2, 2018. HGV assumes no obligation to update any forward-looking statements or information to conform to actual results or changes in the Company’s expectations.