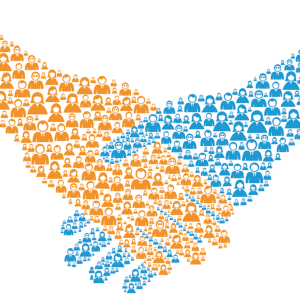 In the day-to-day business of TATOC in the new millennia it became increasingly clear that people were being targeted by fraudulent companies and getting into extreme difficulty and distress.

People who, in many cases, were vulnerable by circumstances of age, financial difficulty, bereavement and so on.

In an attempt to address this problem a joint industry/TATOC initiative known as VOICE (Vacation Owners Independent Coalition in Europe) was established to deal with these consumer difficulties.

However, funding for VOICE was always challenging, and in addition, VOICE experienced difficulties in delivering the desired service to consumers. The programme closed in 2007.

Unable to ignore consumers’ needs, TATOC established in 2008 a dedicated helpline at its offices in Manchester. Since it started, the helpline has received more than 50,000 calls and e-mails relating to more than 18,000 individual consumer cases.

Ninety percent of the people who ask for our help with complaints and queries have suffered at the hands of companies who set out to be misleading, deceptive or deliberately fraudulent.

They were – and are – ordinary people in trouble.

In setting out to help them, TATOC has never made any charge for the helpline service and never used premium-rate telephone numbers.

Indeed, every call and e-mail to the helpline carries a significant cost in telephony and internet services, salaries and office administration.

We decided to seek charity status as a way to help with the difficult task of fund-raising so the work of the helpline could continue.

In June 2011, the TATOC board agreed a project description and milestone plan and an application was made to the U.K.’s Charities Commission for charitable status.

We were greatly disappointed when this was rejected. But, following discussions with the Commission, we recognised and understood why: much of its scope lay outside of the requirements for charitable status under the Charities Act 2011.

The Commission suggested that an application might be more favourably received if it was made on behalf of the TATOC Consumer Helpline in isolation, as a separate entity to the wider responsibilities of TATOC.

To achieve this a totally new company was established in February 2013 to support the separated helpline’s responsibilities and activities.

It was also necessary to identify and separate all helpline-specific costs from other TATOC finances to enable independent financial reporting.

Help was also sought from the National Council for Voluntary Organisations (NCVO), the Community and Voluntary Service in Manchester (known as MACC) and the Charity Commission advisory service. We are tremendously grateful to these bodies for their help and support.

With all details finalised a second application was made in February 2014. But even so, the path was not a smooth one.

The commission has a responsibility to ensure that charity status is awarded only to bodies established wholly and exclusively for the public benefit. They take this responsibility seriously.

Following several months of discussions the application was once again rejected because the Commission did not feel the TATOC Consumer Helpline had sufficient separation from the larger TATOC Association, and required greater clarity of purpose to demonstrate public benefit.

After so much work (and considerable cost), and driven by an absolute certainty and belief that the helpline was unquestionably established wholly and exclusively for charitable purposes, the TATOC board challenged this latest rejection to the Litigation and Review Process in July 2014.

After further communications, and discussions with the Commission, the sincerity of the objectives and intentions of the TATOC Consumer Helpline were recognised and on 17 October 2014 we were delighted to receive the following e-mail:

“We are pleased to tell you that we are satisfied TATOC Consumer Helpline is established for charitable purposes for the public benefit. It has therefore been Since it started, the helpline has received more than 50,000 calls and e-mails relating to more than 18,000 individual consumer cases. 68 Perspective Magazine January/February 2015 TATOC UPDATE entered onto the Register of Charities with the Registered Charity Number 1,158,892.

It has been a two-year battle, but the work and reputation of the helpline has proved the deciding factor. We gave an assurance to the commission that the helpline will continue to be exclusively for the public benefit and that we will do everything in our power to maximise that benefit.

So now the work begins! The motivation for seeking charity status was not an academic exercise or some casual ‘label’ we sought for the TATOC Consumer Helpline. It was to enhance the reputation and recognition of the helpline to assist in its work, and to help in attracting funding to continue, broaden, and expand our consumer help wherever it is required. It’s now up to us to maximise this opportunity.

The Charity Commission registers and regulates charities in England and Wales to ensure that the public can support charities with confidence.

The Charity Commission’s role is to make sure that each organisation it registers:

• Satisfies the legal definition of a charity in
the Charities Act

• Is required to register

• Will operate as a charity once registered

The Commission has a statutory objective to ensure a charity’s trustees comply with their legal obligations in managing charities and to promote public trust and confidence in charities more generally.

The Commission also has a statutory function to identify and investigate abuse and mismanagement in charities.

The Commission maintains a Register of Charities, which holds details of organisations that have been recognised as charitable in law.

The Register is maintained from information supplied by charities and provides key facts and figures about their work and finances. The entries for larger charities with income over £500,000 include a financial profile.

It also displays details of those responsible for taking forward the charity’s work (trustees) and records whether charities above the reporting threshold have filed their Annual Return, Trustees’ Report and accounts.