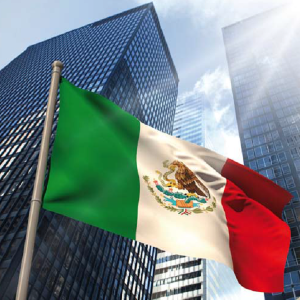 AMDETUR and SEMARNAT continue working together on the Official Mexican Standard entitled “Specifications for environmental protection and mitigation of the adverse impact of climate change on the planning, design, construction, operation and withdrawal of tourist realestate facilities in coastal ecosystems.”

In the month of September 2014, Mexico’s Ministry of Environment and Natural Resources, SEMARNAT, called various institutions together to be part of a workgroup on the Official Mexican Standard (or NOM) that will determine specifications for environmental protection and mitigation of the adverse impact of climate change on the planning, design, construction, operation and withdrawal of tourist real-estate facilities in coastal ecosystems. AMDETUR attended that meeting as a representative of the private tourism industry, specifically, resort developers, to learn about the details of this project and help improve it.

This Official Standard originated with a study carried out by the Ministry of Tourism, through the SECTUR-CONACYT Sectorial Fund and managed by the Institute for Tourism Competitiveness and with technical assistance from the National Institute of Ecology and Climate Change (INDECC), as well as the Natural Center for Disaster Prevention (CENAPRED), whose purpose was “to study the scope of industry vulnerability and generate adaptation programs that respond to the problems of priority tourist destinations…” The destinations studied were: Acapulco, Cancún, Huatulco, Ixtapa Zihuatanejo, Los Cabos, Mazatlán, Nuevo Vallarta, Puerto Vallarta, Riviera Maya (Solidaridad – Tulum) and Veracruz (Boca del Río – Veracruz).

The draft of the standard, like any preliminary draft submitted for review by a work group, gave rise to a varying responses, depending on the different interpretation by each of the institutions belonging to the workgroup regarding its terms, focus, spheres of application and definitions. All of these must be more precisely determined to make the document as succinct and technical as possible, and thus to eliminate erroneous interpretations both on the administrative side and among those in charge of applying and overseeing compliance with the standard.

It is the opinion of AMDETUR that the industry is also subject to excessive regulation; as a representative of resort developers, however, AMDETUR has already expressed these concerns to the Ministry and other leading tourism industry organizations. AMDETUR and SEMARNAT are working together, through an open and frank dialogue, to review this document in detail in order to achieve a consensus that encourage compliance with the standard while contributing to an orderly growth of the industry. As part of this dialogue, AMDETUR has supplied an exhaustive analysis of the draft of the Standard and its relationship with other provisions, for example those dealing with urban planning, in order to supply SEMARNAT with the fullest possible information on the context in which developers operate, so that this document can benefit all parties involved.

It is indispensable that the Ministry, together with the work group, make the changes necessary to ensure the document is clearer and more precise in its application, and in its relationship with other laws and/or regulations at the federal, state and municipal level. That is why it is very important to involve the opinion of local participants in the work group, because this will afford a broader vision of what this standard to regulate and what is already regulated.

Climate change and its effects have unmistakable effects on ecosystems, not just in our country, but in the whole world. This is precisely why resort developers are already more than aware about the importance of caring for and preserving ecosystems, which are a fundamental aspect of tourist activity, as a way to ensure the best tourist experience and, as a result, a healthier economy for the industry at large. This awareness should also lead to actions to combat the consequences of climate change.

Timeshare Certification Course
On February 13th, 2015, a new Timeshare Certification Course will be offered by the Mexican Association of Resort Developers (AMDETUR) together with the Center for Higher Studies of San Angel (CESSA), giving industry professionals the opportunity become acquainted with and analyze the timeshare business and its environment, structure and operation, and supporting better decision-making by companies and resort developers, vendors and service providers, for the ultimate purpose of generating value and sustained growth. The certification course is aimed at professionals, managers, administrators, and operational, marketing and sales personnel in the tourism industry who are interested in acquiring a deeper and more up-to-date knowledge of the timeshare model and its environment. The certification program consists of 80 hours divided into 4 modules that are given in 4-hour sessions:
Module 1. Tourism and vacation ownership
Module 2. Industry structure
Module 3. Business model
Module 4. Operation and service
For more information, please send an email to
amdetur@prodigy.net.mx

The Mexican Tourism Promotion Council Presents Its Work Plan For 2015
On December 10th, 2014, in the city of Mérida, Yucatán, the Mexican Tourism Promotion Council (CPTM) held its 2015 National Strategic Planning Meeting. It was attended by participants directly responsible for making strategic decisions in the tourist industry, based on the Mexican government’s National Development Plan for 2013-2018, as well as the Sectorial Tourism Program for 2013-2018.

The purpose of this meeting was to outline the main actions the federal government will take in 2015 to promote Mexico around the world, and to involve state governments, national and international trading partners and the staff of foreign representation offices in aligning strategies and maximizing the impact of efforts to increase the flow of visitors as well as the economic benefits they bring.

A total of 47 international trading partners and 31 national partners, 112 representatives of tourist destinations, 26 directors of CPTM’s foreign offices, 46 heads of central offices and three representatives of the Ministry of Tourism (SECTUR) came together for this meeting.

Among the tourism markets Mexico would like to attract or consolidate are: the United States, Canada, Europe, the United Kingdom, and South America, and emerging markets like Australia, South Korea, Japan and China. The CPTM has created specific strategies for each of these markets, to continue expanding the tourist industry and increasing the economic flows it generates.

The creation of unique and once-in-alifetime experiences will continue to be part of The “Live It to Believe It” campaign, which involves the generation of content designed for various social network platforms, and with which the Hispanic market can share experiences and identify with destinations. The use of #MiMexico is indispensable for achieving this objective.

The strategy covers destinations that specialize in adventure, nature, and couples tourism.

In the domestic market, the “Vívelo para Creerlo” campaign is being launched to increase the number and frequency of trips within Mexico’s borders through various vacation programs.