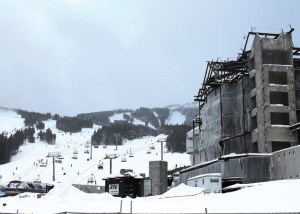 Can you answer yes to these questions?
• Are you interested in positioning yourself for a lifetime of financial security?
• Would you like to work for an expanding company consistently receiving recognition for being the best place to work?
• Are you ready to make your last career move?

If you answered yes to these questions and are ready to live in one of the Top Places in the USA, then Breckenridge Grand Vacations (BGV) is the answer to your dreams. Breckenridge Grand Vacations (BGV), the timeshare resort Development Company founded about 30 years ago by brothers Mike and Rob Millisor stayed strong through the worse years of the recession and now is again growing.

Since breaking ground on its fourth resort, Grand Colorado on Peak 8, Breckenridge Grand Vacations has been shattering sales records. BGV’s portfolio is comprised of more than 20,000 owners at four hugely popular resorts: Gold Point began sales in 1984, Grand Timber Lodge in 1998, Grand Lodge on Peak 7 in 2007 and now the company just launched sales of its flagship resort The Grand Colorado on Peak 8 in December 2014 and expect around an 8 year sellout.

Grand Colorado on Peak 8
Located at the base of Breckenridge’s world-class mountain on Peak 8, directly adjacent to multiple express chair lifts and the gondola that connects the Town to Peaks 7 and 8, The Grand Colorado on Peak 8, is generating buzz and record breaking sales. Emboldened by the booming sales, the company recently purchased an additional parcel adjacent to the two busiest chairs in the area. With this new acquisition, sales agents will virtually have the ability to retire from this project.

Culture and Commitment
After Peak 8’s exceptional launch and unheard of efficiencies exceeding $10,000 per month for agents and some agents even selling more than $1 Million in a month, BGV is a mecca for self-motivated, high-performing sales agents. Dave Stroeve, Executive VP of Sales says “We don’t micromanage but build strong relationships with our staff, supporting them to achieve their highest potential level of success. We know that success comes when someone is really balanced throughout their life and remains healthy and active. Our phenomenal environment and very active outdoor community ensures that this is highly achievable for our team.”

It’s not just about a terrific resort which is selling like crazy. The entire company is lauded for its family culture and commitment to supporting its team of nearly 450 members.

The Denver Post conducts an annual survey of employees to determine which companies represent the best employers in the state of Colorado. BGV placed 33rd out of 1,300 companies statewide and 11th out of 35 companies in the mid-size category. As the only mountain company to rank in the top 100 employers in the State of Colorado, it is evident that the company’s employees really do like working for Breckenridge Grand Vacations. The cultural values and generosity of BGV not only affect the 450 people directly employed by the company, but the economic vitality of the entire resort community. The company donated $500,000 to the Town of Breckenridge for the renovation of a historic building that now serves as a community center. The company also donated $250,000 to a local hospital for upgrades to its emergency room and associated services. The company also donates significant sums to the Summit Foundation, which serves an umbrella organization that distributes donations to local non-profit organizations, and it encourages its employees to contribute as well.

Breckenridge, Colorado
A brand new resort and an award winning company is not all that BGV has going for it. The privately held company is located in an idyllic community. This small town in the high Rockies really has it all. Beautiful summers give families access to endless entertainment: hiking, bicycling, camping, fishing, or whitewater rafting, while the sunny winters allow them enjoy a plethora of cold-weather sports. Depending on what you read and when, Breckenridge ranks about second in the ranking of Best Ski Resorts. One of the most visited ski resorts in the Western Hemisphere, Breckinridge boasts four mountains, five peaks, nearly 3,000 acres and North America’s highest chairlift, the Imperial Express “SuperChair.”

The winter brings lots of snow of course, but when it’s not coming down it’s usually sunny. At 9,600 feet there is always a new adventure from gliding down a mountain in fresh powder to steering a snowmobile above the tree-line, guiding a team of dogs through the forest or bundling up in a horse-drawn sleigh. Director of Sales for BGV John Liner says “I’ve seen a lot of places in this world, and I couldn’t think of a better one to live and raise a family.”

For more information about Breckenridge Grand Vacations, visit
www.breckenridgegrandvacations.com or for job opportunities, visit www.bgvjobs.com.
For a sneak peek of The Colorado Grand on Peak 8, visit (www.GrandColoradoOnPeak8.com).