Bouncing Back to Happiness – Perspective Magazine Skip to content
Previous Next

Bouncing Back to Happiness 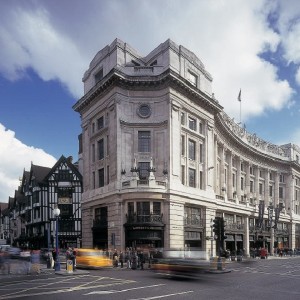 CLC World has risen out of the worldwide gloom cast by recession with vigorous expansion plans for its sales and marketing, ground breaking imminent on a luxury resort in Spain and confidence in its evolved product range.

Inside the CLC World Resorts & Hotels camp, the mood is purposeful and upbeat as plans set in motion to ride out the recession have delivered and those to take the company forward are implemented. If the last few years, as described by Chairman Roy Peires, have been “fallow” for timeshare, then the next two for CLC World will undoubtedly be all about new growth.

It’s already begun. Having taken the necessary measures to weather the worldwide economic storm, April 2014 saw CLC World Sales & Marketing return to the UK with the opening of a new sales off site inside the iconic Liberty House, Regent St, in London’s West End; one of the capital’s most prestigious postcodes.

With strong signs of recovery posted in the UK – CLC World’s focus market – timing was apposite and the CLC World Centre has shown excellent results. Now a second off site will open in central Birmingham, a West Midlands city attracting considerable investment, and the most heavily populated outside of London, in spring 2015. A third off-site centre is planned for Manchester, with its thriving economy, for summer.

Over the next two years, company projections are for tours to return to prerecession buoyancy. “We expect to see our tours increase from 13,000 in 2014 to 23,000 and then 35,000 with the opening of these new off sites,” says Mr Peires.

Changing business model
Emerging from the lean recession years in ‘good shape’ has been achieved by a responsive and flexible business model. It allowed CLC World to lessen the pressure of reduced income as more members defaulted on fees as a fall out effect of the crisis, through a programme of leisure sales at some of its resorts.

Now the spotlight swings firmly once again on to the company’s core business: timeshare. The drive is now on to attract many more new members, alongside continued activity to upgrade existing members into its unique fractional ownership and freehold property products with considerable investment in Fly Buys and lead generation programmes.

New products, new project
Recent years have stimulated the development of new products aimed at the next generation of timeshare owners and also the changing needs of existing ones. Fractional property ownership and shorter term exit products have been successfully introduced. And 2014 saw the unveiling of CLC World’s Signature Suites, designed to take holidays and fractional ownership to a whole new level. With Signature Suites, the CLC World design team “tore up the rule book” to convert a tranche of its luxury branded California Beach apartments to individually styled properties, sold as fractionals, with a further roll out programme anticipated.

This year (2015) will see visible evidence of renewed optimism with a return to building in southern Spain, one of the most popular holidaying destinations for British members. Work will start on a first phase, 84 units, of CLC World’s glamorous California Beach Residences. The project is ultimately for 300+ superior and canal-side penthouses and duplexes with intelligent systems, a magnificent pool and outstanding facilities.

With his company’s worldwide portfolio of resorts, innovative products and aggressive expansion plans, recruitment, especially at top management level, for its sophisticated sales and marketing operation becomes of paramount importance.

Now in its fourth decade, the company, which began with a handful of resorts on the Costa del Sol and quickly became one of European timeshare’s biggest success stories, is writing the next chapter. If the skies looked grey during the difficult years, the CLC World Chairman, who admits that as with businesses worldwide the company ‘took damage – but we did not sink’, is confident they are once more blue.