All Around ARDA World With Global Connections, Inc. 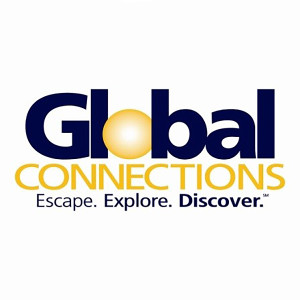 Global Connections, Inc. (GCI), a leader in the travel industry, will have a major presence at ARDA World 2015. GCI is an active member of ARDA (American Resort Development Association) which has almost 1,000 corporate members ranging from privately held firms to publicly traded corporations with extensive experience in shared ownership interests in leisure real estate. The trade association’s annual convention will be held at the Orlando World Center Marriott, April 12-16. 3,000 attendees are expected.

Tom Lyons, President and CEO of GCI, will be a featured speaker on the panel which looks into the new approaches to vacation ownership. This innovative and experienced panel will discuss various types of alternative products such as short-term, fixed term and diminishing use timeshare products and travel clubs. Also speaking on this issue are William Guthrie (Foley & Lardner LLP), William J Ryczek (Colebrook Financial Company) and David F. Callahan (Interval International). The educational session will be held Tuesday, April 14 at 2:45 p.m.

Melanie Gring founding board member and chairperson of ARDA WIN Advantage will present the WINspiration Award on Sunday, April 12 at the ARDA Kick-Off Party.   During her respected career within the industry Ms. Gring has served as an executive in numerous capacities. Beginning with Fairfield Resorts (now Wyndham Vacation Ownership), Melanie spent the next two decades designing and integrating inventory revenue management programs allowing for independent resorts to participate in the Fairfield system expanding options for its members. She built her own consulting company in 1998, Leisuretainment, which was purchased by Global Connections where she now holds the position of VP Strategic Alliances and Public Relations.

New branding initiatives have been a primary focus of GCI this year. They have been awarded four Finalist awards in three categories: Logo Design, Magazine Advertisement and Video Production. The winning “ARDYs” will be revealed at the Awards Gala, April 15, 2015. All finalists in the competition are selected from hundreds of entries submitted by ARDA members and judged independently in a confidential/blind judging process.

The Global Connections team will be available in the exhibition hall in their Booth, #523. To make an appointment with any team member contact aritter@gcitravel.net.

Global Connections Inc. is based in Overland Park, KS. It opened in 1996 as a travel club fulfillment and service provider, and is considered a leader in the travel industry. It offers its members a wide variety of benefits and vacation options for more than 700 North American resorts. GCI is also the developer and owner of resorts in California, Florida, Tennessee, and Colorado, as well as owning and leasing multiple resort condominium units throughout the U.S., Canada, Mexico and Caribbean. For more information on GCI, visit www.exploregci.com.For more information regarding Global Discovery Vacations, visit www.globaldiscoveryvacations.com.