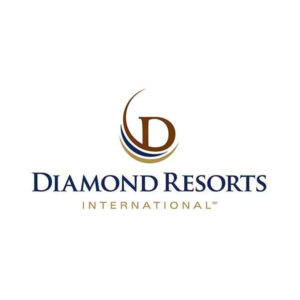 As one of golf’s most unique tournaments, the Invitational features 27 PGA TOUR Champions players, five LPGA stars, and 52 sports and entertainment celebrities competing side-by-side for two separate purses totaling $1.25 million. All three rounds of the event will be nationally televised on Golf Channel.

Diamond Resorts International®, creator of the tournament, will once again provide two complimentary three-day grounds passes for all active and retired military. The same offer is extended to active and retired police, fire and emergency medical technician (EMT) personnel. This offer is only valid with online registration at DRIGolf.com.

All service men and women, and first responders can enter the promo code “SALUTE2018” on DRIGolf.com follow the link to purchase tickets and then enter the above promo code.  The ticket voucher (printed at home or reserved for pickup at the event) will need to be exchanged onsite at the will call/ticket station for a wearable bracelet before entering the event. Participants must show photo ID and official military or first responder identification to receive their complimentary admission. Parking is complimentary at Magic Kingdom at Walt Disney World® Resort with event ticket.

Retired U.S. Army Cpl. Chad Pfeifer, an Iraq War veteran and amputee, whose golf-centered rehabilitation has turned him into a top-tier tournament player, will join the field of sports and entertainment celebrities. While serving in Iraq in 2007, Pfeifer’s vehicle was hit by a roadside bomb, resulting in the amputation of his left leg above his knee. A three-time winner of the George W. Bush Presidential Center’s Warrior Open and the champion of the 2011 National Amputee Tournament, 34-year-old Pfeifer is a Diamond Resorts International® Ambassador and continues to follow his dream, currently working as a PGA Club Professional in Texas.

PGA TOUR Champions players will compete for $750,000 over the 54-hole tournament, while the celebrities will play for a $500,000 purse. Threesomes will include one professional and two celebrities.

Tournament week will begin Thursday, Jan. 11 with the fifth-annual Brian Gay Pro-Am presented by Diamond Resorts International®. Gay, a four-time PGA TOUR winner and longtime Orlando resident, will serve as host of the 18-hole celebrity-amateur competition, which will feature foursomes comprised of three amateurs and one celebrity, LPGA professional or PGA TOUR Champions player. An evening gala and headliner concert at Mystic Dunes Resort and Golf Club, a Diamond Resorts flagship resort in Orlando, will complement the day’s events.

The Champions Gala is a highlight of the event with a gourmet dinner and headliner concerts. Past performers include Huey Lewis and the News, Darius Rucker, Colt Ford and Jake Owen. The accompanying live and silent auctions have raised more than $2.3 million for Florida Hospital for Children in just a few years.

*Tickets will be available to the first 1,000 qualified people.

For more information about the tournament, visit DRIGolf.com.