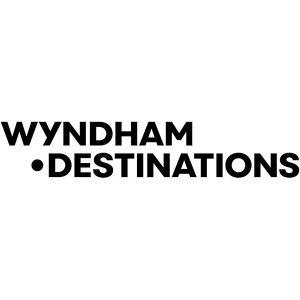 Results are reported in accordance with U.S. generally accepted accounting principles (GAAP) adjusting for certain items (non-GAAP). The Company is also presenting non-GAAP results on a further adjusted basis as if the spin-off of its hotel business and the sale of its European vacation rentals business had occurred for all periods presented. Full reconciliations of non-GAAP financial measures to the most directly comparable GAAP financial measures for the reported periods appear in the financial tables section of this press release. Highlights include:

“As we have demonstrated this quarter, Wyndham Destinations continued to execute upon our key strategic initiatives, which included increasing our new owner sales mix and further integration with the Blue Thread, all while preserving our margins. Our elevated level of share repurchases in the third quarter underscored our commitment of returning value to shareholders,” said Brown.

Further adjusted results are presented as if Wyndham Hotels & Resorts were separated from Wyndham Destinations and the sale of the European rentals business was completed for all periods presented.

Consumer finance gross receivables grew 5% year-over-year to $3.7 billion. The provision for loan loss as a percentage of gross VOI sales, net of fee-for-service sales, was 20.8% at the end of the third quarter of 2018. The provision for loan loss increased to $132 million, with the $9 million year-over-year increase due to higher gross VOI sales.

Further adjusted EBITDA decreased $1 million, or 1%, due to lower revenue per member, offset by cost efficiencies within the business.

The Company is revising its further adjusted full-year 2018 guidance as follows:

The Company’s guidance assumes that the spin-off of its hotel business and the sale of its European vacation rentals business had been completed on January 1, 2018. This guidance is presented only on a non-GAAP further adjusted basis because not all of the information necessary for a quantitative reconciliation of forward-looking non-GAAP financial measures to the most directly comparable GAAP financial measure is available without unreasonable effort, primarily due to uncertainties relating to the occurrence or amount of these adjustments that may arise in the future. Please refer to Table 8 for further information.

Conference Call InformationWyndham Destinations will hold a conference call with investors to discuss the Company’s results and outlook today at 8:30 a.m. ET. Participants may listen to a simultaneous webcast of the conference call, which may be accessed through the Company’s website at investor.wyndhamdestinations.com, or by dialing 877-876-9177, passcode WYND, approximately 10 minutes before the scheduled start time. For those unable to listen to the live broadcast, an archive of the webcast will be available on the Company’s website for approximately 90 days beginning at 12:00 p.m. ET today. Additionally, a telephone replay will be available for approximately 10 days beginning at 12:00 p.m. ET today at 800-723-7372.

Presentation of Financial InformationFinancial information discussed in this press release includes non-GAAP measures, which include or exclude certain items. The Company utilizes non-GAAP measures, defined in Table 9, on a regular basis to assess performance of its reportable segments and allocate resources. These non-GAAP measures differ from reported GAAP results and are intended to illustrate what management believes are relevant period-over-period comparisons and are helpful to investors as an additional tool for further understanding and assessing the Company’s ongoing operating performance. Management also internally uses these measures to assess our operating performance, both absolutely and in comparison to other companies, and in evaluating or making selected compensation decisions. Exclusion of items in the Company’s non-GAAP presentation should not be considered an inference that these items are unusual, infrequent or non-recurring. The Company is also presenting non-GAAP results on a further adjusted basis as if the spin-off of its hotel business and the sale of its European vacation rentals business had occurred for all periods presented. Full reconciliations of non-GAAP financial measures to the most directly comparable GAAP financial measures for the reported periods appear in the financial tables section of the press release.

About Wyndham DestinationsWyndham Destinations (NYSE: WYND) believes in putting the world on vacation. As the world’s largest vacation ownership and exchange company, Wyndham Destinations offers everyday travelers the opportunity to own, exchange or rent their vacation experience while enjoying the quality, flexibility and value that Wyndham delivers. The company’s global presence in 110 countries means more vacation choices for its nearly four million members and owner families: Wyndham’s 220 vacation club resorts, which offer a contemporary take on the timeshare model, with signature brands including CLUB WYNDHAM®, WorldMark® by Wyndham, Margaritaville Vacation Club® by Wyndham, and Shell Vacations Club; 4,300+ affiliated resorts through RCI, the world’s leader in vacation exchange; and 10,000 rental properties from coast to coast through Wyndham Vacation Rentals, North America’s largest professionally managed vacation rental business. Year after year, a worldwide team of 25,000 associates delivers exceptional vacation experiences to families around the globe as they make memories to last a lifetime. At Wyndham Destinations, our world is your destination. Learn more at wyndhamdestinations.com.